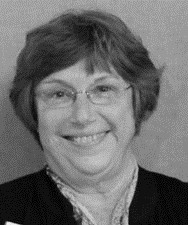 The Friend of the Year award was instituted in 2007 to honor the work of individual Friends. Five outstanding volunteers - one from each of the Areas across the state - are chosen annually for recognition.

Frannie Ashburn was a leading force in encouraging Friends volunteers across North Carolina. Following her retirement as State Library Liaison to FONCPL in 2011, the Board voted to name the Volunteer of the Year Award in her honor.

Friend of the Year is awarded to a member of a Friends group who made an outstanding contribution to the Friends of the Library in the past calendar year. One Individual Friend of the Year award is made in each of the five geographic areas of the state (see FONCPL website).

The 2021 Frannie Ashburn Individual Friend of the Year was awarded to Beth Klahre of Southport. She has served as the Friends of the Library Southport & Oak Island (FOLSOI) Board Secretary since October 2018. This year she led a five-month strategic planning initiative conducted by a nine-member strategic planning sub-committee. After assembling data from the NC State Library, conducting focus groups and surveys to collect the voice of library patrons we serve, and assessing the data, a document called the Voice of the Customer was created. Members of the Board used the VOC to advocate for improved library services in Brunswick County. Beth works tirelessly to advocate for FOLSOI and her leadership was key to its successful completion and presentation to the Brunswick County Commissioners, County Managers, Library Director, Library Trustees and library patrons. Beth’s advocacy for and promotion of Friends of the Library Southport & Oak Island.